Our Advisory Board and Ambassadors are guiding lights in our industry: outspoken figures of excellence in their field (often fields, being multi-talented) who have contributed to the development of Raising Films’ campaigning and community, and have been beacons for a more inclusive industry. They make us proud to be parent- and carer-filmmakers alongside them.

Yaw BasoahAdvisory Board
After graduating from York University with an economics and finance degree, Yaw trained as an accountant before entering the film industry and establishing Dark Pictures. Dark Pictures is a dynamic independent production company dedicated to producing original and compelling films that explore the dark side of human nature. Yaw was recently awarded a BFI Vision Award (2016-2018) and announced as one of Screen International’s Stars of Tomorrow (2016-17). He and Dark Pictures were also selected as one of Creative England’s 50 for 2016 (CE50). Yaw has produced a collection of short films that have been screened at national and international festivals. The most recent was THE LINE, directed by BAFTA nominated writer-director Faye Gilbert and commissioned by the BFI. Yaw has reunited with Faye on their debut feature film, ZERO (formerly titled KILL HER WITCH), commissioned through Microwave (Film London / BFI / BBC Films) and slated for production in autumn 2017.

Kharmel CochraneAdvisory Board
Kharmel has worked in casting for just over 10 years. After thre years assisting and working on award winning films such as Ridley Scott’s PROMETHEUS, THE IRON LADY and the Oscar award winning THE KING’S SPEECH, Kharmel set up her own company in 2011. Since then she has carved a reputation for discovering new talent, as well as working with up and coming Directors in Film. Credits include THE WITCH; one of the highest grossing indie films of 2016, LILTING which premiered at Sundance, Guy Myhills THE GOOB which won a BIFA and Best Film at Dinard. Recent credits include THE END OF THE F**CKING WORLD TV Series for Netflix & Ch4 and THE LEVELLING. Her recent short HOME starring Jack O’Connell, won a BAFTA in 2017, and her recent short AAMIR is up for nomination this year. Kharmel continues to cast award-winning work for stellar Directors including Sara Dunlop, Daniel Wolfe, Frederik Bond, Sophie Muller and David Wilson and was nominated for a BTAA Craft Award for Best Casting in 2016.

Allison GardnerAdvisory Board
Allison is Programme Director at Glasgow Film, which comprises three major strands – Glasgow Film Theatre (GFT); a year-round screening programme of the classics of world cinema and contemporary art house films. The GFT’s Learning programme aims to teach and cultivate an understanding of the moving image – in all its diversity, Glasgow Film Festival; screening the best of international, Hollywood and Scottish cinema and the fastest growing film event in the UK, the 2016 edition saw over 41,000 admissions and Glasgow Youth Film Festival; presenting outstanding international films and popular workshops geared for families, school groups and young people.

And she’s a mother of two girls (both now at University). 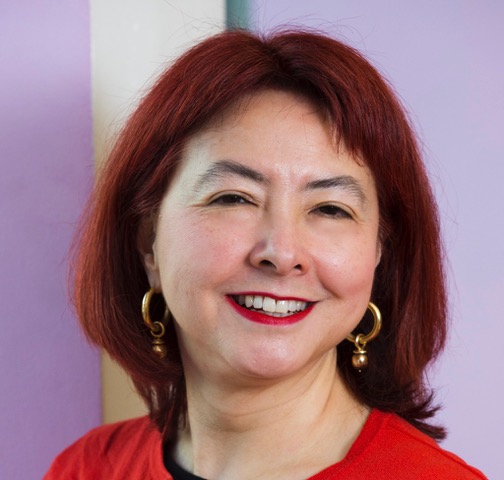 Ming HoAdvisory Board
Ming began her career as Script Executive at independent Zenith Productions, working across a slate of film and TV drama; she script edited series such as HAMISH MACBETH for BBC and BODYGUARDS for ITV, co-created a series, McCREADY & DAUGHTER for BBC/Ecosse Films, and later wrote for EASTENDERS, CASUALTY, HEARTBEAT, and THE BILL.
Following a career break to care for her mother (who has dementia), she has returned to the industry with a focus on original work for stage, screen, and radio. Her debut BBC Radio 4 play, THE THINGS WE NEVER SAID, starring Lia Williams and Siân Phillips, won Best Radio Drama at the Writers’ Guild Awards 2018; a subsequent play for BBC R4, RIOT GIRLS: MALE ORDER, aired in 2018.
On the film front, she was selected for BFI/Bird’s Eye View Filmonomics 2016 and Maison des Scénaristes International Screenwriters’ Pavilion, Cannes 2015. Stage play EXHUMATION was workshopped at the Royal Court Theatre, London. Recent credits include commissions for Leeds Playhouse, LAMDA, and Chinese Arts Now. In summer 2019, she will be Writer in Residence at Theatr Clwyd/Gladstone’s Library.
Ming also writes, speaks, and campaigns on dementia and carer issues and is a member of the Carers Advisory Panel for charity Dementia Carers Count.

Jules HusseyAmbassador
Jules’ first production experience was as an intern on BAYWATCH in 1991 after winning the ‘David Jacobs Scholarship’ at Stirling University. On completing her master’s Jules worked in the production division of the BFI assisting in the development of film and artist talent such as Andrea Arnold, Simon Beaufoy, Shane Meadows, Andrew Kotting, Carol Morley, Lynne Ramsey, Annie Griffin, Sarah Turner and many more. As a freelancer Jules has worked as a line producer on award-winning dramadocs, single dramas, serials and series including FORGIVEN, FIVE DAUGHTERS, SILENT WITNESS, CALL THE MIDWIFE AND COMPLICIT.

In her freelance producing Jules continues to work on projects which challenge expectations and stereotypes: MY MAD FAT DIARY, BABS and GUILT. With her own company Brazen she is developing a number of projects with writers and actors with disabilities and with neurodivergent talent. Brazen Productions is a Disability confident employer and now a Raising Films Ambassador

Alice LoweAmbassador
Alice is an actor/writer/director. Her directorial debut PREVENGE opened Venice Critics Week, and went on to Toronto, London and numerous other international festivals to nominations and awards. She was the winner of Screen International’s Rising Horror Star. She co-wrote and co-starred in SIGHTSEERS, directed by Ben Wheatley. This won her several acting and writing awards, along with Empire’s Best British Film, and a London Critics Circle Best Newcomer.

She has appeared in blockbusters such as HOT FUZZ and PADDINGTON, as well as starring roles in indie hits such as ADULT LIFE SKILLS and BLACK MOUNTAIN POETS. She has starred in numerous TV comedies such as HORRIBLE HISTORIES, THE MIGHTY BOOSH, and GARTH MARENGHI’S DARKPLACE. Her role in the stage show version of the latter won her a joint PERRIER award after its successful run in Edinburgh. She had three series of her own surrealist sketch show ALICE’S WUNDERLAND for BBC Radio 4. She has written television sketch shows, pilots, and several award winning short films. She is currently developing her new feature TIMESTALKER with Western Edge Pictures.

Charlotte RileyAmbassador
Charlotte Riley is an English actress. She is best known for her role as Catherine Earnshaw in ITV’s adaptation of WUTHERING HEIGHTS. Riley was born in Grindon, County Durham. In 2004 she won the Sunday Times’ Playwriting Award for SHAKING CECILIA, which she co-wrote with Tiffany Wood. She also appeared in the films EDGE OF TOMORROW (2014), IN THE HEART OF THE SEA (2015), and LONDON HAS FALLEN (2016). She is married to Tom Hardy, and they worked together on WUTHERING HEIGHTS and THE TAKE both in 2009. 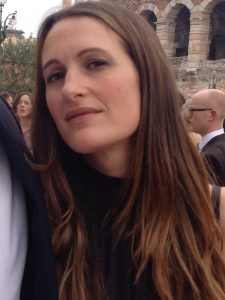 Gemma SpectorAdvisory Board
Gemma has worked in feature film distribution for the last 18 years. She started her career in the development department at Renaissance Films, before transitioning into distribution, becoming marketing manager at UGC Films, where she worked on movies that included Francois Ozon’s SWIMMING POOL and the Bafta-nominated GOOD BYE LENIN!. She then helped to set up the theatrical film arm of fledgling distributor Revolver Entertainment, creating the marketing campaigns for groundbreaking films including KIDULTHOOD and TELL NO ONE, working with award-winning directors including Charlie Kaufman and Werner Herzog. In 2009 she left to start up the distribution arm of the financier-producer CinemaNX, working across development, finance, strategy and the distribution of a variety of titles, including the hugely acclaimed TT3D: CLOSER TO THE EDGE, for which she won an inaugural Screen Marketing and Distribution Award, the Oscar-nominated CHICO & RITA, and Richard Linklater’s Bafta-nominated ME AND ORSON WELLES.

In 2013 the company merged with Pinewood Studios to form Pinewood Pictures, where she continued as Head of Distribution, working on a slate which included large scale releases such as SPOOKS: THE GREATER GOOD. She joined Modern Films, a leading female-led production, distribution and event cinema company, as Head of Distribution in 2018. She obtained her BA from the University of Oxford and is a graduate of both Inside Pictures and the MEDIA Business School’s Marketing and International Distribution Programme.

Natalie UsherAdvisory Board
Natalie is a film and TV lawyer with more than twenty years’ experience working with commercial and public sector clients. She’s currently Chief Executive of Film Access Scotland and an independent consultant based between Edinburgh and London.

Natalie was the UK Film Council’s in‑house legal advisor to the New Cinema Fund, the production fund dedicated to innovative approaches to filmmaking and the development of new talent.

She moved from there to Lee & Thompson LLP, one of the UK’s leading Media and Entertainment law firms, where she was a partner in the Film & TV Group for eight years specialising in financing, production and distribution. Moving to Edinburgh in 2014, she was Director of Screen at Creative Scotland, with responsibility for leading public support for Scotland’s Screen industry until March 2018.

Manjinder VirkAmbassador
Manjinder is an actor, writer and director. Her acting credits include Peter Kosminsky’s BAFTA winning drama BRITZ, Clio Barnard’s award winning film THE ARBOR, as well as regular roles in TV shows, MONROE, ORDINARY LIES, MIDSOMER MURDERS and most recently BAD MOVE. Her writing and directing work includes her award winning short film OUT OF DARKNESS starring Riz Ahmed and Tom Hiddleston and WITH LOVE FROM CALAIS. She is currently developing her first feature film with Creative England/BFI.