Marnie Baxter on motherhood and filmmaking

Marnie Baxter shares her experience of combining acting and working behind the camera on her short film BAD MOTHER, plus the juggling act of balancing parenting with filmmaking and why being a mother adds another dimension to her work.

I’ve been lucky. I have a supportive husband who’s a hands-on father and lots of amazing friends and family. I was young enough when I had my two children to not be scared about taking them to work if I needed to, and I also had lots of energy to cart them around. They’ve been bored in many audition waiting rooms, and have sat in a fair few trailers in their time. They’ve even helped me learn the odd line (under duress I hasten to add).

I’m sure this is familiar territory to any parent who’s an actor. It’s a juggling act that’s frustrating because it’s impossible to plan anything ahead of tomorrow, but brilliant because of the flexibility and freedom. I have always been a mum that works, but I have had the luxury of spending lots of time with my children because I don’t have a 9 to 5 job.

I wanted to write this post because I’ve just completed work on my first project as a writer/director alongside my friend and colleague Nicola Stuart-Hill. It’s a 12 minute short film called BAD MOTHER. It explores the struggles of motherhood, questioning our relationship with strangers in this modern world, and how we judge each other as mums.

BAD MOTHER is based on something that happened to me a few years ago when my children were little. I met a woman on an empty beach in Dorset, our kids hit it off and we spent a bit of time together. I left my children in her care while I walked to get us all some lunch. But while I was in the queue for chips I started to panic about what I’d done. She had seemed lonely, in need of adult company, but was that an act? This woman’s intentions became twisted in my head, she suddenly seemed like a danger, and I felt like I had made a terrible decision.

Until this point the network of mums that I had met along the way as a young parent had kept me sane, stopped the isolation I could sometimes feel and kept me laughing about things that made me want to scream. This experience haunted me because somehow it threw this network that I had relied on into question. The trust I felt around other mums, and my willingness to lean on them seemed in that moment reckless, and terrifying.

I told Nicola the story one night over a glass of wine, and she came back two weeks later with a first draft of the script. And that was how it all began.

As any parent knows, work involving a level of concentration that’s above folding up washing needs to be done whilst the kids are at school, watching TV, or in bed. So that’s when we worked on the film. As well as being an actress, Nicola had a full-time job, so I would put some hours in around the kids, auditioning and doing the odd acting job during the day and Nicola would come round to mine in the evening. We’d do about three hours work a couple of nights a week, or whenever we could fit it in.

We were very lucky to find April Kelley and Sara Huxley of Mini Productions, who put their faith in our story right in the early stages and came on board to produce our film. They guided us through many confused moments and kept us moving forwards. They suggested a crowdfunding campaign to fund the film, which was a terrifying concept for two slightly social media shy forty year olds.

And surely the more mothers are encouraged to continue working in the business, creating projects that feel authentic to them, the more honestly we will see mums being represented on our screens and in society. And surely that is something that is essential and long overdue.

Despite our reticence, the crowdfunding campaign was incredible. It was hard work and a steep learning curve for both of us, but the amount of mothers who came out to help – allowing us to post blogs on their websites and sharing our campaign on social media – was so encouraging. The level of support highlighted for me that, given we mothers make up a large percentage of the population it seems strange that there aren’t that many films exploring issues we face simply being mothers. It’s a subject matter that is important, and it was clearly striking a chord amongst other mums.

We met Joeli Brierly from Pregnant then Screwed, who came on board the film as a supporter in kind, which helped to raise the profile of our campaign another level, and made us very proud. We’re donating 10% of our crowdfunding total to support the brilliant work of Joeli and Pregnant Then Screwed.

John Cairns of Parkland Pictures joined us as an Executive Producer and helped us with finance for the rest of the film, along with actress Linda Marlowe.

The Shoot
When we first started talking about it, we expected that we would get my children to play two of the parts (saves on childcare and they were up for it). And my daughter had featured in our crowdfunding video and done really well. But because we were working around all our schedules, acting, working, childcare, it took us two years from conception to being ready to shoot the film. So my two children had grown too old!

In hindsight, this was a blessing in disguise. We had given ourselves the mammoth challenge of directing our first film on an empty beach in Margate in September with a very small crew and four young children. We were also playing the two main parts. So adding my own children to the mix may have been a step too far…

We cast four local children who turned out to be brilliant, after getting in touch with a couple of children’s youth theatres/drama schools in Thanet. The teachers at both schools were incredibly supportive and helpful, as were the parents. I am sure that being a mum helped with all these connections. Rather than just approaching people from the film’s perspective, I understood what it meant for those parents to give up their time and energy, and had an appreciation of that in our meetings.

Filming in the can, we headed back to London clutching two small orange hard drives like little nuggets of gold. 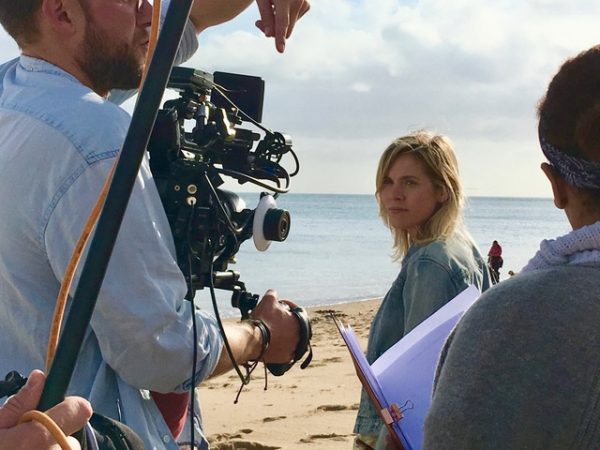 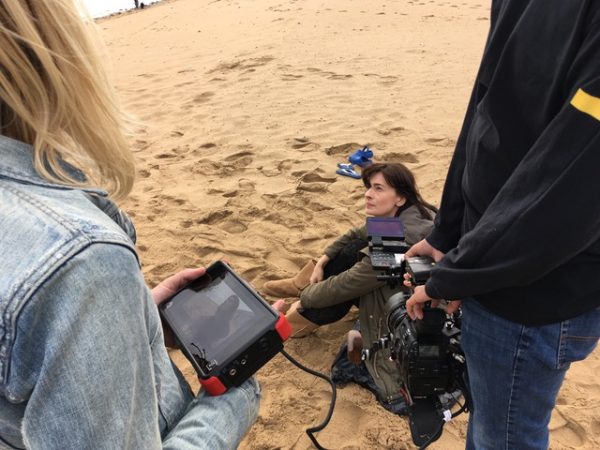 The Edit
We had twelve days in total with Kezia Martin, our editor but they were spaced over four months because of all our schedules. This process, whilst a bit frustrating at times, enriched the film without a doubt. As there were two of us directing it gave us space between the edit days where we could talk about what we felt worked and what didn’t without having the pressure of time. For me, it was the most interesting part of the whole process – seeing what the film became in the edit.

The big question for me now is what will be next? I probably could make another film relying on the kindness of friends, working late into evenings and all the Sundays. But it’s not lost on me that the title of our film; BAD MOTHER has sometimes felt a little closer to home than I meant it to. As an actress, I’m at a point in my career where I wouldn’t work for free. This was my first experience behind the camera, so I did have to work ‘in kind’ – I was passionate about the story I wanted to tell so fair enough.

But I am not sure my husband and children would support another film being made in this way, and nor should they.

As a mother, I have a different wealth of emotion and experience, a different perspective, that I can tap into as an actress and put on screen. And that’s the same behind the camera. Not better – just different. And surely the more mothers are encouraged to continue working in the business, creating projects that feel authentic to them, the more honestly we will see mums being represented on our screens and in society. And surely that is something that is essential and long overdue. 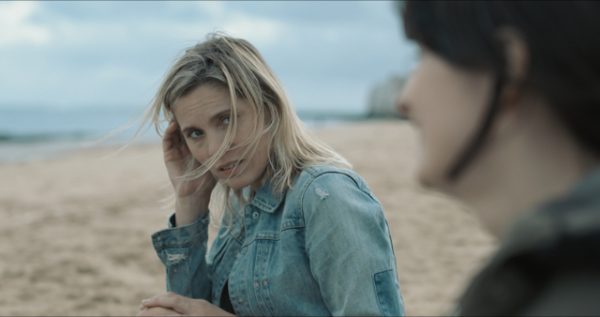 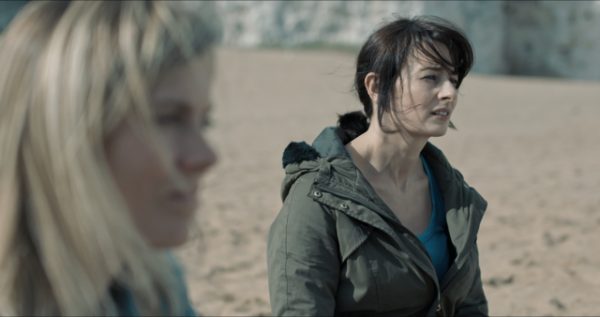 BAD MOTHER will screen as part of Breakout Shorts in Edinburgh this May and at Screenplay in Shetland later in the summer.

Marnie Baxter is a Scottish actress, born in Edinburgh and brought up in Shetland. She graduated from the Royal Conservatoire, Scotland in 1999 with a BA in Acting and has appeared in a variety of roles in film, television and theatre ever since, most recently recurring roles in ITV’s Coronation Street and BBC’s Shetland. She had her son, Maxwell at 27 and her daughter Ava at 30, and has been juggling acting work with childcare for many years with Maxwell about to become a teenager!