I didn’t really ever factor in being a parent combined with being a creative. Although I anticipated being a parent would impact my career in a negative way – I did my best not to let it by never really taking a defined break to have my kids. Honestly though I have found every step very difficult being a parent or not.

As a child, working hard was normal. I witnessed my parents day and night to provide for their four kids, whether it was their jobs, working in the garden or redecorating the house. My father was a barrister working tirelessly campaigning for Kashmiris (in our ancestral homeland) and their right to self determination in the midst of a genocide, as well as being Head of Litigation for the Commission For Racial Equality. Always an advocate for social justice with my mother, a GP running her own local practice in Hampshire. Both have been very active in the Muslim and wider community helping build bridges and facilitate change. They gave me a strong sense of commitment to doing what is fair and standing up for those who have no voice, which has ultimately led me to working in film and specifically on stories that address marginalized parts of society.

I never anticipated that I would work in television and film. I come from a family of professionals in medicine and law. The plan was always for me to go into finance to ensure financial stability and job security. I graduated with a Maths degree from UCL. When I won a national student tv award for producing and directing my first documentary at the UCL tv station about pirate radio I felt like it was a sign – and I followed it through by pursuing a of career in post production, as a way in to the industry. 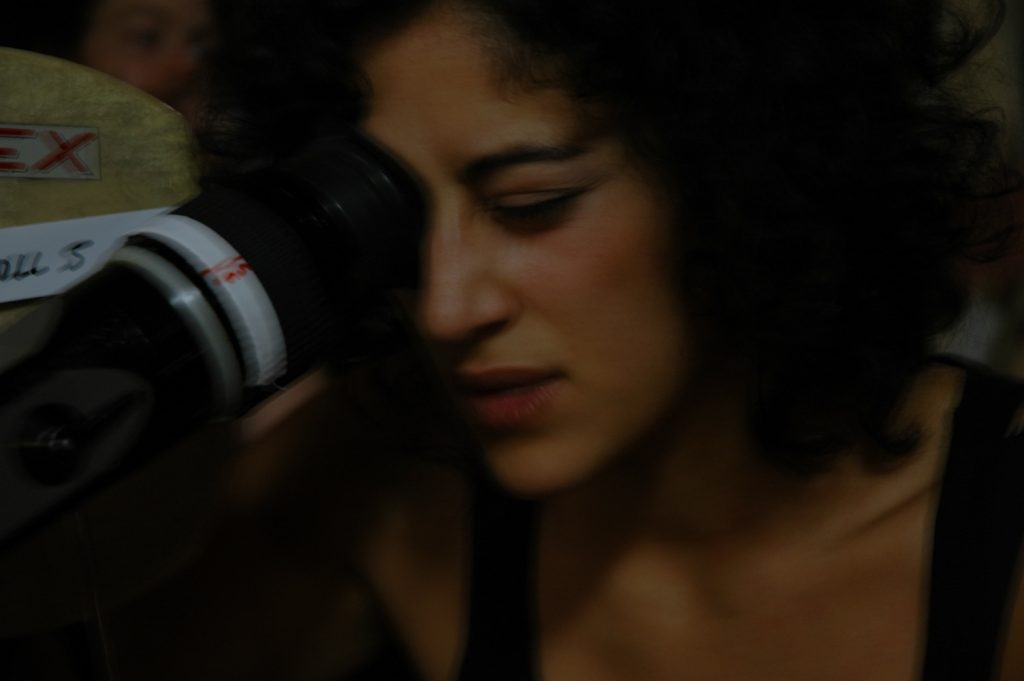 I met my husband back in 2001 in a post facility. I was a runner and he was an edit assistant. Our passion for music, telling stories and learning more about our craft was the glue that connected us and that was why we set up DNR Films, a production company creating stories that we are passionate about on our own terms. We made our own independent self-funded documentary about British hip hop music, Raw Documents.

In 2003 I left the facility and became a freelance editor. In 2004 I was accepted on the MA in Filmmaking programme at the London Film School on a full scholarship. I continued to edit to pay the bills whilst studying at film school. 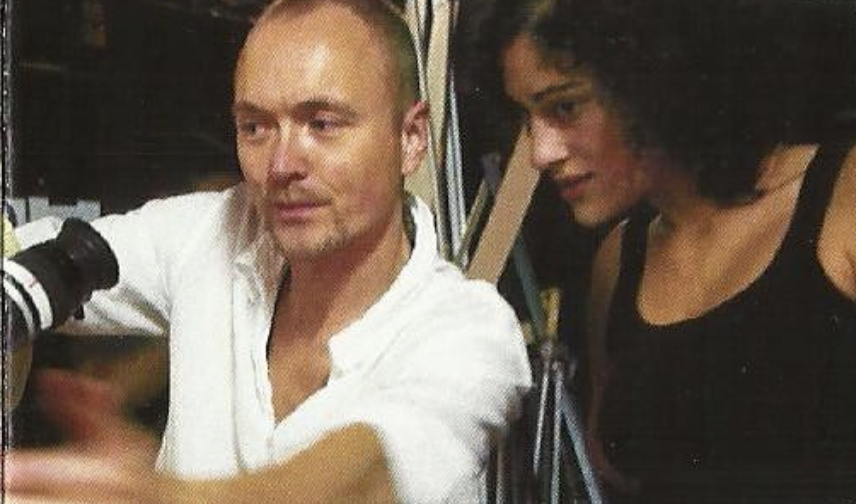 On graduating in 2007 I had directed three shorts, produced one award-winning short, and continued to freelance edit as well as look for directing work. My graduation film “I’m A Muslim Get Me Out Of Here” was a valuable tool for schools and institutions, giving an insight into how Muslims feel about being portrayed negatively by the press. This film was used as part of a Government initiative called “Footsteps.” The scheme involved visits to several schools around the country to screen the film. The initiative was to encourage children to focus on role models. I went and screened the film myself and engaged with the students about their attitudes, identity, and their beliefs.

Through making my grad film I met Riz Ahmed and started making content with him, which has continued and evolved over the years.  I directed, edited and produced one of his first music videos, “Sour Times,” when I was pregnant with my first child. I also produced and edited graphics for his live show Microscope which toured Glastonbury, Latitude and Fabric.

I also got involved with other youth-focused organisations like the Greenwich and Lewisham Young People’s Theatre, Collective Artistes, Mind and Mediabox and led filmmaking workshops on themes such as ASBOs, young carers, environmental pollution. Whilst pregnant with my first child I led workshops with young people pursuing their Arts Awards at the Southwark Young Offenders Team. 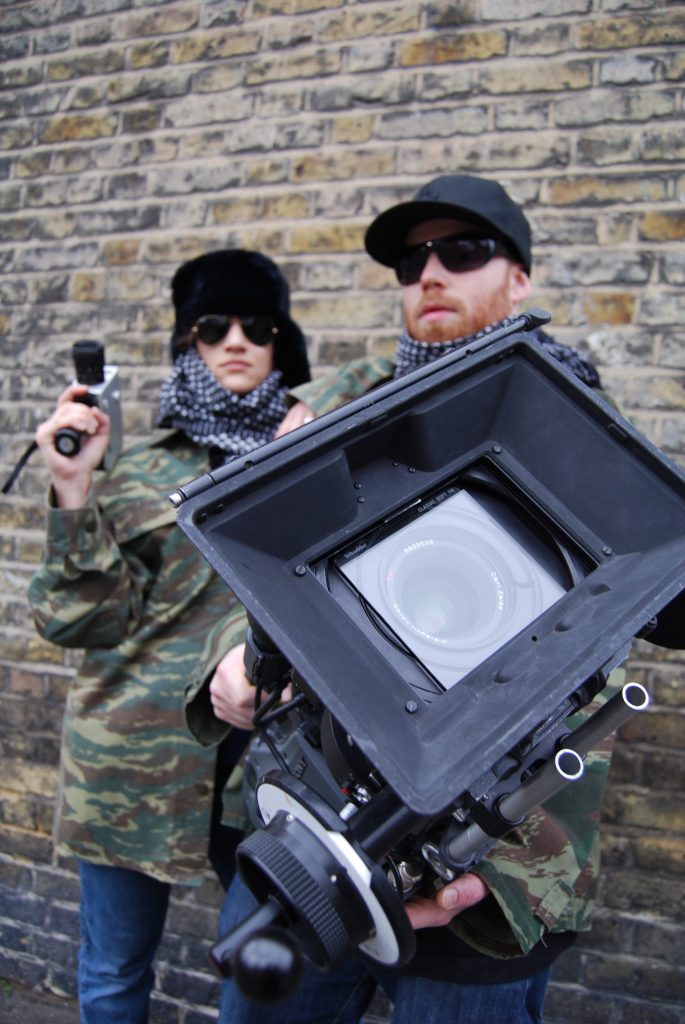 Around the same time I was introduced by a work colleague to Ben Drew and edited his short film Michelle. Marcus and I directed a cinema advert about pre-charge detention for Liberty (National Council for Civil Liberties), working closely with Shami Chakratbarti and her team. This also led to directing virals featuring Dame Vivienne Westwood and Riz Ahmed. The campaign was award winning.

Following this, we directed our first tv advert for “Match of the Day Magazine” and BBC Sport. Back then we thought this might be the start of our professional directing career as a duo. It was a start, but has been on pause for sometime now due to the constraints of raising children and paying bills. 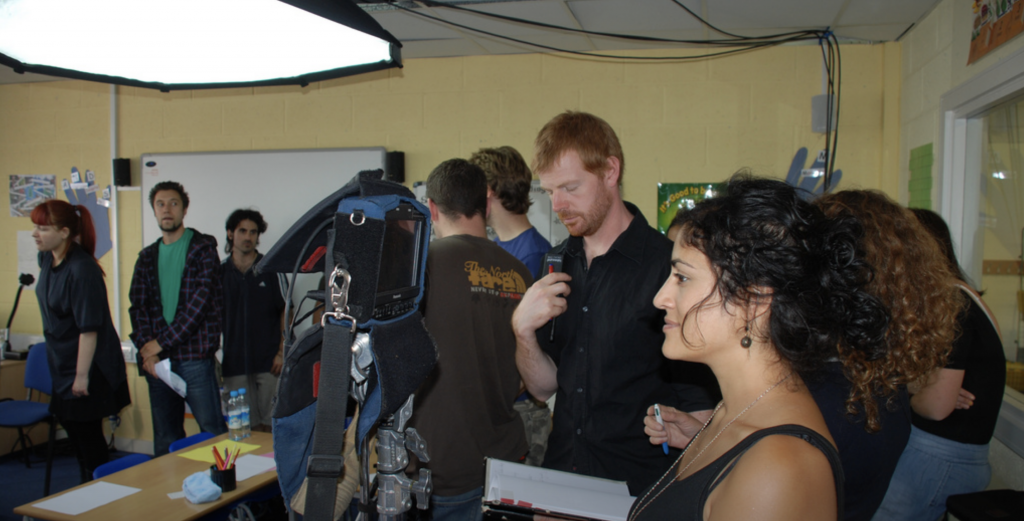 We had our first child in 2009. I was offered to Post Supervise and Edit Assist on ill Manors: a great chance to get hands on feature experience. I ended up coming on board as editor and post supervisor. We had our second child in 2013. Whilst pregnant I enrolled with Open University and did a unit of Creative Writing. I also spent this time editing freelance for a few advertising agencies working on fashion films and internal marketing films for big brands.

When both my children were babies I never took an official break. I was always open and available for work, however I think sometimes when you have a baby others who know of your situation make the decision without asking if you are actually available. And unfortunately opportunities do not flood in – I am a person who loves to work no matter what – so to keep busy I introduced an after school filmmaking club at my child’s school. It was successful, but after a term I was itching to get back to the industry and find more work professionally. 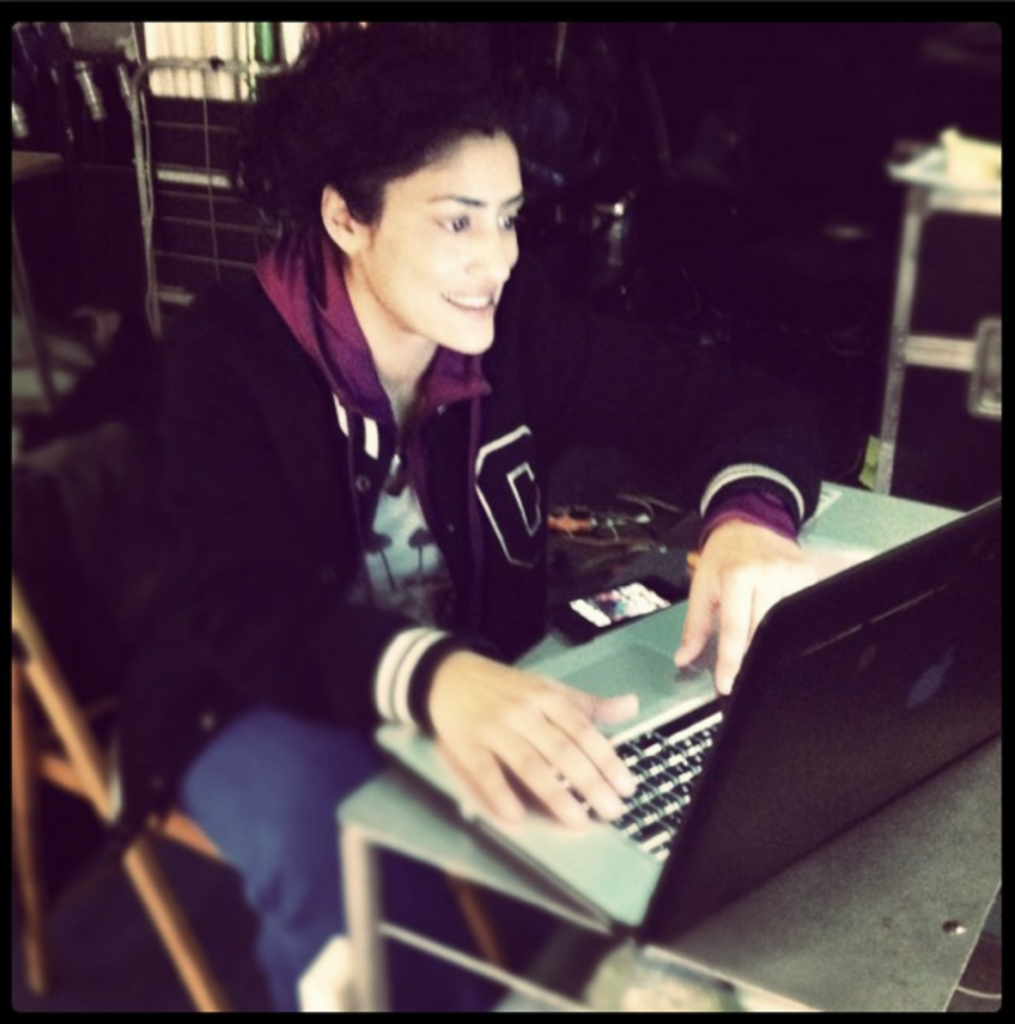 Since then I have directed more short films for Liberty, a few corporates, and I’m repped by Gorilla Editors. My husband Marcus was always full time. He worked as an editbox assistant, a flame op, a smoke op and then Head of VFX at Envy and is now a Visual FX Supervisor at MPC. We have both been working in the industry for over 30 years combined.

I recently set up @beatsrhymesandspice on insta, Twitter, youtube and Facebook, a platform dedicated to home-cooked plant based recipes, with music that have I created. I am currently editing a feature from home for a female Native American director Rhiana Yazzie; the film was shot by Ryan Eddleston. Have written my first drama feature script and looking to develop it. Juggling the creative with the parental roles doesn’t seem to be getting any easier! But one thing is for sure. I’m never giving up, exploring opportunities and embracing the juggle. I think part of me loves it.

Editing the Raising Films fundraiser has been great – the work they do is invaluable and I hope it goes from strength to strength.