In late 2019 Hope Dickson Leach presented a session on Raising Films at the X-Pollinator event; a cross-disciplinary professional development and networking initiative aiming to kickstart collaborations between female writing and directing talent and take positive action to rapidly address the gender imbalance in the Irish audio-visual industry.

Following Hope’s sessions a group of women came together in February 2020 from all corners of the creative industry to form the Irish chapter of Raising Films. This group is currently focusing on fundraising to focus on research into the industry in Ireland and the specifics needs of parents and carers working along with potential solutions.

One of Raising Films Ireland founders, Ailish Bracken commented, “For years I had been musing on how to create achievable pathways for parents and carers to stay in or re-enter the industry and when I met Hope in Dublin last year, I was bolstered to discover there was already a framework and a support network there in Raising Films that we could become part of and springboard off. Since we decided to start the Irish chapter, we have been bowled over by the resounding support from all corners of the industry. The response has shown that there is a huge need for an initiative like this in the Irish creative industry. The landscape is changing here and has been for a few years and we are determined to be a part of that change and to have a seat at the table with the rest of the changemakers.”

The Irish Chapter will be on social media in the coming months. In the meantime if you are based in Ireland and work in film and TV and want to know more about the activities of the Chapter please send an email.

We are delighted to formally announce the launch of Raising Films Ireland, our newest Chapter, and acknowledge the support of Screen Skills Ireland, the skills development unit within Screen Ireland, via the Screen Stakeholders Funding Scheme. 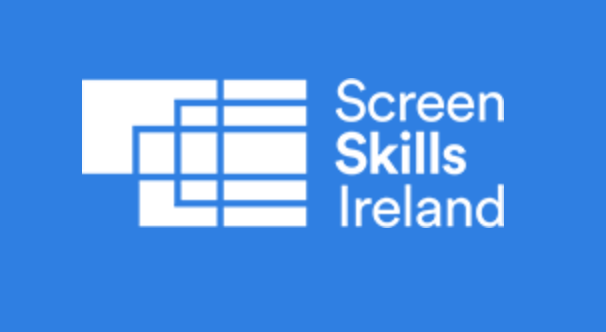 In early 2017, producer Leonie Mansfield and scriptwriter Nicole Dade reached out to Hope Dickson Leach, one of the original founders of Raising Films here in the UK, about our work and the need to address similar issues in Australia’s industry.

Hope then connected with local practitioners (including current WIFT Australia president Megan Riakos and secretary Lucy Fisher and founding team members Kate Separovich, Kristen Hodges and Shideh Faramand) through a Raising Films brunch held at the 2017 Sydney Film Festival. From that, as women do, things got done and Raising Films Australia was officially launched in February 2018!

Today the strategy is being driven by the current WIFT Australia team with some strategic additions.

Create NSW has provided a grant of $15,000 to assist with the establishment of Raising Films Australia. Australian Film Television and Radio School and the Screen Diversity Inclusion Network have also pledged to work alongside WIFT Australia to support these proposed initiatives through both soft skills as well as hard resources such as venues.

What will Raising Films Australia deliver?

Raising Films Australia will also investigate other possible initiatives such as the creation of a portable crèche bus/on-set creche and a benevolent fund for financial assistance to parents and carers. 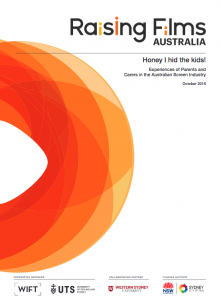 The Raising Films Australia Screen Industry Survey report – Honey, I Hid the Kids: Experiences of Parents and Carers in the Australian Screen Industry was launched at The Adelaide Film Festival in late 2018. Download the report via the image above.

Raising Films Australia’s latest initiative is the Making It Possible Pilot. The pilot is a free one day course with follow-up mentorship, to be held in city and regional locations across New South Wales, in Sydney, Penrith, Byron Bay, Dubbo and Bega. Click on the image above for further information.