A meeting of likeminds, with the drive and ambition to bring about change was the spark. Since then the core team has expanded to manage the everyday running of Raising Films. 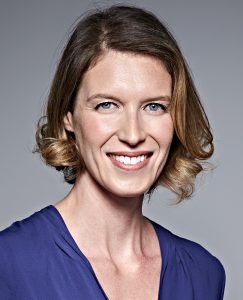 Nicky BenthamFounder
Nicky is founder and producer at London based Neon Films. Her most recent film, THE DUKE, is a true story about the theft of a Goya painting from London’s National Gallery. The film is directed by Roger Michell and stars Jim Broadbent, Helen Mirren and Fionn Whitehead. It was financed by Pathe, Ingenious and Screen Yorkshire and will be released in Spring 2021. Nicky also recently completed post on the feature documentary WHO KILLED THE KLF, a co-production with Fulwell 73 set for release next year.

Between 2012 and 2015 Nicky acted as Executive Producer on the BFI’s shorts scheme, delivering 17 films that went on to gain accolades at Cannes, the BIFAs and BAFTAs. Nicky is an active member of BAFTA and WFTV, she is the co-chair of PACT’s Film Policy Group and one of the founders of the campaigning organisation, Raising Films.

Nicky is currently developing a diverse range of film and TV projects with both established and emerging talent.

Dr Tamsyn DentConsultant
Tamsyn is a Lecturer in Media Production at Bournemouth University and focuses mainly on introducing undergraduates to the joys of media theory. She did her doctoral research on the impact of motherhood on women’s career pathways in the UK’s creative media industries and her writing focuses on the relationship between identity and the subjective experiences of creative employment in contemporary society. Tam started her career in the film and TV industry, working both across Scotland and London for several independent production companies. She has a Masters in Gender and the Media from the London School of Economics. Before starting her PhD, she worked for the film festival Birds Eye View and regularly speaks at festivals and conferences about her work on employment, motherhood and creative work. She is based in Oxford and has two children.

Hope Dickson LeachFounder
Hope’s debut feature THE LEVELLING, produced as part the iFeatures scheme, had its world premiere at the Toronto International Film Festival before screening at festivals all over the world. Hope was awarded the inaugural IWC Filmmaker Bursary Award in Association with the BFI, and in 2017 she was named a BAFTA Breakthrough Brit and won a Scottish BAFTA for Best Screenwriter for The Levelling. Hope is currently developing several new feature films and television projects in the US and UK. She lives in Edinburgh with her husband and two sons.

Laura GilesCompany Secretary
Laura is an experienced producer and project manager who has worked with a wide range of media and entrepreneurial businesses, including the BFI and Cinegi. She has worked in event and video production, advertising, management consultancy and enjoyed a three-year spell in the marketing and communications team at the BFI. Laura has a Postgraduate Diploma in Script Development from the NFTS and has produced a number of short films, award-winning feature documentary SONS OF CUBA with a recent (post small children) credit as Associate Producer on Claire Oakley’s iFeatures project MAKE UP. She is based in Cornwall with her husband and two children, age 8 and 11.

Line LangebekFounder
Line co-wrote the feature film I’LL COME RUNNING with US director Spencer Parsons. Other credits include the documentary WE WANT LIGHT, the TV film EVERGREEN and short films ECHOES, HE SAID, ANONYMOUS, FIELD STORY, as well as SINK OR SWIM for C4’s Coming Up strand. Previously, Line has participated in the Berlinale Talent Campus, BFI’s Think Shoot Distribute, the Baltic Story Exchange and the Guiding Lights scheme (mentor Frank Cottrell Boyce). She is currently developing new feature films and TV projects in the UK and Denmark. She teaches screenwriting at Regent’s University and is the co-chair of the WGGB Film Committee.

Line is represented by Julia Tyrrell at JT Management.

Jessica LevickFounder
Jessica is a graduate of the National Film and TV School Producing MA, having worked in international sales at Film4 and Element X.

Jessica has worked as a script editor on Thomas Ikimi’s new feature funded by the BFI and Scott Free Films.

So MayerFounder
So is the author of POLITICAL ANIMALS: THE NEW FEMINIST CINEMA (IB Tauris, 2015) and of THE CINEMA OF SALLY POTTER: A POLITICS OF LOVE (Wallflower, 2009), and co-editor of THERE SHE GOES: FEMINIST FILMMAKING AND BEYOND and the forthcoming MOTHERS OF INVENTION: PARENTING AND/AS FILMMAKING PRACTICE with Corinn Columpar, and CATECHISM: POEMS FOR PUSSY RIOT with Markie Burnhope and Sarah Crewe. So works with queer feminist film curation collective Club des Femmes.

Katy SwarbrickTraining and Fundraising Manager
Katy has worked in TV and Film for over 20 years, starting as a Runner in Post Production, working up to Post Production Producer and finally moving into Project Management.

After the working for companies such as Warner Bros, Sky Movies, BFI Southbank and Ascent Media she moved to the film charity Four Corners and worked for six years as a Training Manger on various Lottery and Skillset funded projects where she also completed a Masters in Screenwriting at Birkbeck University.

She was part of the team who opened up of the Regent Street Cinema where she devised, developed managed the HLF funded Community Engagement and film programmes, before moving to East Sussex with her young family.

Katy is passionate about diversity, development and inclusion in the industry; with project management and development, training, events and mentoring as a specialism.

Dr Natalie WreyfordConsultant
Natalie holds a PhD from King’s College London on why there are so few women screenwriters and why the numbers aren’t changing. She previously worked as a Senior Development Executive at the UK Film Council and for Granada Films. From September 2015 she is working as a Research Fellow at Southampton University on the AHRC funded “Calling the Shots: Women in the UK Film Industry 2000-2015”, the most comprehensive study of women working in the UK film industry so far. She recently moved out of London into the Essex countryside and has two children and one step-daughter. www.academia.edu/NatalieWreyford