And so ends the conversation with my husband around bedtime on day 9 of my absence from home. Things are tough down here, but apparently not as bad as there. I have to confess the first three days I’m bouncing around like a toddler in soft play. A bed to myself! Sleeping all night! And most of all, MAKING A FILM! Every conversation I have is about the film, and now I’m not doing three loads of laundry every day I have time to think and lose myself in it. I keep sending texts to my husband telling him how awesome it is. I can only imagine how awesome that feels from his end, up to his armpits in transformers and fish fingers.

And then I go to the supermarket. Of all the things I thought I wouldn’t be prepared for when making my first feature, this never even hit the top 100. I’m suddenly panicking, sweating, looking around at what other people have in their trollies like Nikita. I genuinely can’t remember what I eat. I keep reaching for cheerios and corn on the cob, and then realise they will just sit in the cupboard uneaten. Should I buy some fish? And… chia seeds? Is that what grown ups are eating these days?

And suddenly I’m missing them madly. I feel lost without them, and have to grow another skin to be able to run around and be in charge when I so badly just want a snotty-faced kiss from my toddler. Honestly I need some more washing to do, I can’t seem to fill a load by myself.

At the end of the first fortnight I return home. It’s the older one’s birthday so when my flight home is delayed I resign myself to staying up late that night icing the Stormtrooper cake. I’m shattered already but I can’t wait to see them. And it’s wonderful. They climb into bed with me in the middle of the night and I’m pinned down by tiny limbs as they cling to me like koalas. I lie awake, unable to sleep, listening to them breathe. As one of my colleagues on the film says after Skyping with her kids in America – it’s like having a glass of water when you’re thirsty.

The good news is that the cat is fine and, better still, solving the problem required my husband to go to Lakeland. Honestly, if I’d known that making a film was what it would take to get him to Lakeland on his own I may have done it sooner. I return to location and carry on with prep with a spring in my step.

The crew are assembling and the locations are getting locked, and the casting is almost complete. I have a new family now, my film family. We are learning how to talk to each other, how to feed each other, and how to make each other laugh. It’s fantastic. 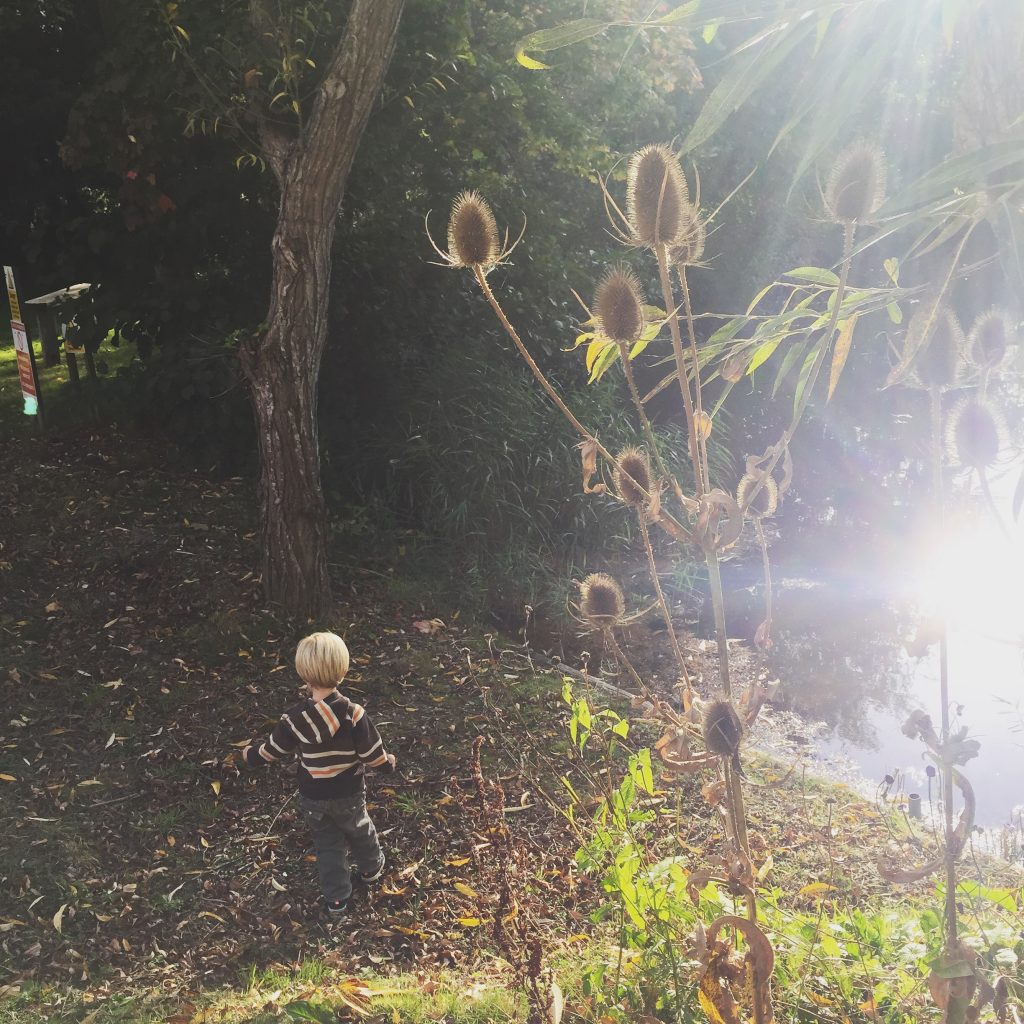 I’m writing this after dropping my boys off at the airport after a visit to the location. I won’t see them for three weeks now and I’m struggling, I have to be honest. We had lots of fun this weekend. We auditioned dogs and visited a cider farm and spent most of this morning making paper dragons with my sharpies and printing paper.

Alone again, I find the paper dragons are on the kitchen table, waiting to be cleared up. And even though I know as soon as I’m with my boys we’ll make more dragons, so I may as well just throw them away, these ones are going on my notebook. Because as much as I need my family to leave me alone when I’m making this film, I also need them with me for me to be the person I am. There’s the rub.